After feeling a bit down under at home, I decided to go places again. Because I haven't seen my good friend Alida in a long time, I decided to go to Paris again. And this time not just for an afternoon. It made me feel un­com­fort­ably excited to have something in­ter­est­ing to do.

Because flying, with security checks and everything, is not much faster than the train, I took the latter. It's really nice to go with the TGV, to see all the cars whizzing by on the highway. But the numbering of the train cars was in­ter­est­ing: it was decreasing from 8 to 1, then you had what looked like the engine car to me, and then cars from 9 to 16. I know that the French numbering system is odd (quatre-vingt-dix-neuf is four twenties ten nine), but this is even more so.

I did a quick math on the train, measuring the time it takes to pass between 10 poles, about 6.9 seconds. I have some vague memories that the average distance between two poles is about 50m, so the speed of the train was about 260 km/h (which seems legit). When another train passes going by in the opposite direction, the train tilts by 1-2 degrees. :D

After all these fun science ex­per­i­ments, I get to Gare de Lyon and I have to make my way to the apartment I rented on Airbnb. It's close to the Eiffel tower, about 10 minutes walking and from the window you can see the Dôme des Invalides, where Napoleon is buried. Odd note: the key was cylin­dri­cal with various points jutting out of it. It's in­ter­est­ing how many countries have their own kind off key styles for house locks (Switzer­land is also different from Romania for example).

Fun tidbit from the metro, which I took to get there: every station is announced twice, with different voices, the first one sounding almost like a question, while the second one is confirming the first one.

First order of business was to eat. Google Maps to the rescue in suggesting some restau­rants. I was in the mood for crepes. The first one was full, so I had to go to the another one. I had galettes and crepes. Galettes are basically crepes with non-sweet filling. Really delicious.

Then I went to visit the Google office, which is set up in a nice historical building. One of the bigger conference rooms was actually a ballroom, with much of the decor still intact. Other meetings rooms are named after French philoso­phers.

On this trip, I decided to do some things dif­fer­ent­ly. Until now, I never really took organized tours, usually preferring to just walk by myself. But Airbnb is trying to expand into other markets, besides just housing, to provide a more complete "living like a local" experience. I don't nec­es­sar­i­ly understand that, given that many locals who live in big cities have never visited the main at­trac­tions in their hometowns. Anyway, I signed up for a food tour rec­om­mend­ed by them. It was led by Natasha, who is a food journalist and who knows the best places to eat in Paris. She showed us a cheese shop and explained all kinds of dif­fer­ences between different cheeses, when they are made, what are they made off and how they are made. The lady who was working there was 78 years old and had been working there for 50 years. The highlight of the tour for me was the Chambre aux Confitures, which is a jam shop. They had jams made out of all possible fruits, and then some more, including onion jams and salted butter caramel. Nom nom nom. It also included a pastry shop, a chocolate shop, a cake shop and a "grocery store" (epicerie), which had some amazing sausages and hams, and the thing that has replaced macarons as the new trendy thing, Popelini. And before anyone asks, no, I did not ruin my diet on this food tour, but I definitely learned a lot about food and how to properly experience it.

Since the tour finished close to the Sacré-Cœur Basilica, I went there afterwards. In front of the church is the Louise Michel square, which was full of people relaxing. But there were also lots of peddlers selling water, beer, tiny Eiffel towers, letters on a string and other stuff. At some point some random guy wanted to show me a "trick" with a string and when I walked around him, he grabbed my hand. After twisting my arm free and saying a loud and forceful "No", he didn't pursue it anymore. There was also a guy who did various tricks with a football ball, less than 50 metres away from the church. He was quite talented, at some point having climbed a pole, then swung around it, all while balancing the ball on his feet.

While I could go inside the church, I was too late to go up to the dome, which would have had a better view. But at least I had the chance to see a guy playing an in­ter­est­ing instrument just outside. 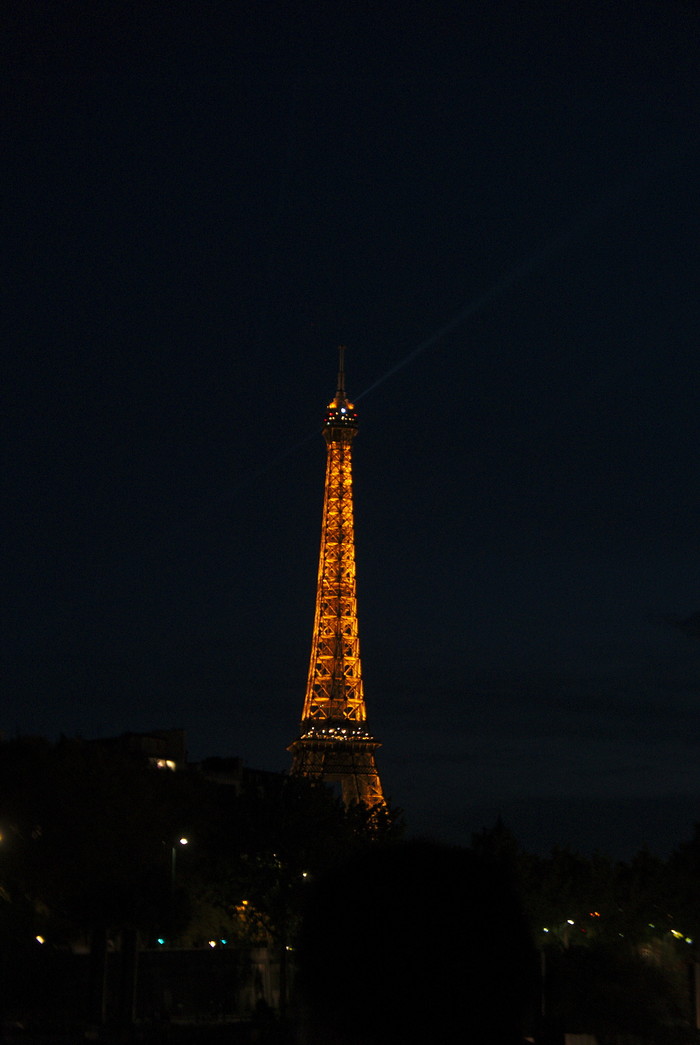 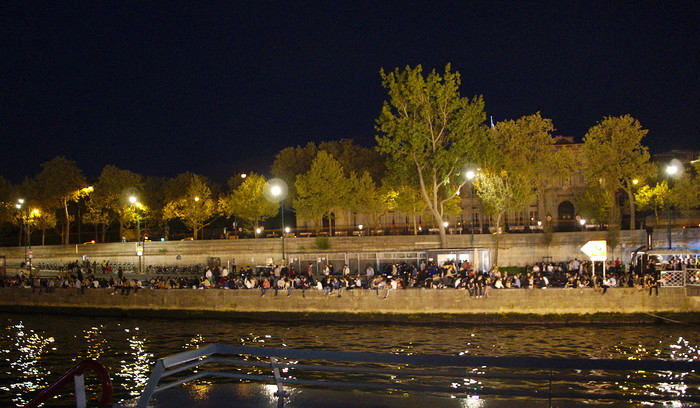 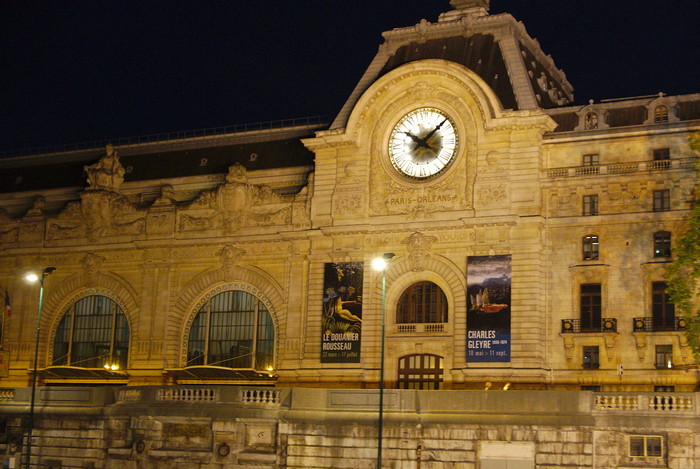 I ended the night by going for a boat tour on the Seine. I highly recommend doing it at night, because everything is lit up and looks much better. Un­for­tu­nate­ly, you can't make as good pictures at night :(. Also, I got to see the light show of the Eiffel tower from the boat. The river banks were full of young people, even at 11 at night, many of whom were cheering as we were passing by.

On Saturday, I went to have lunch with Alida at Chez Papa. On my way there, I passed through a market and I was surprised to see a mix of everything, from fresh fish, to clothes, to food, to souvenirs. 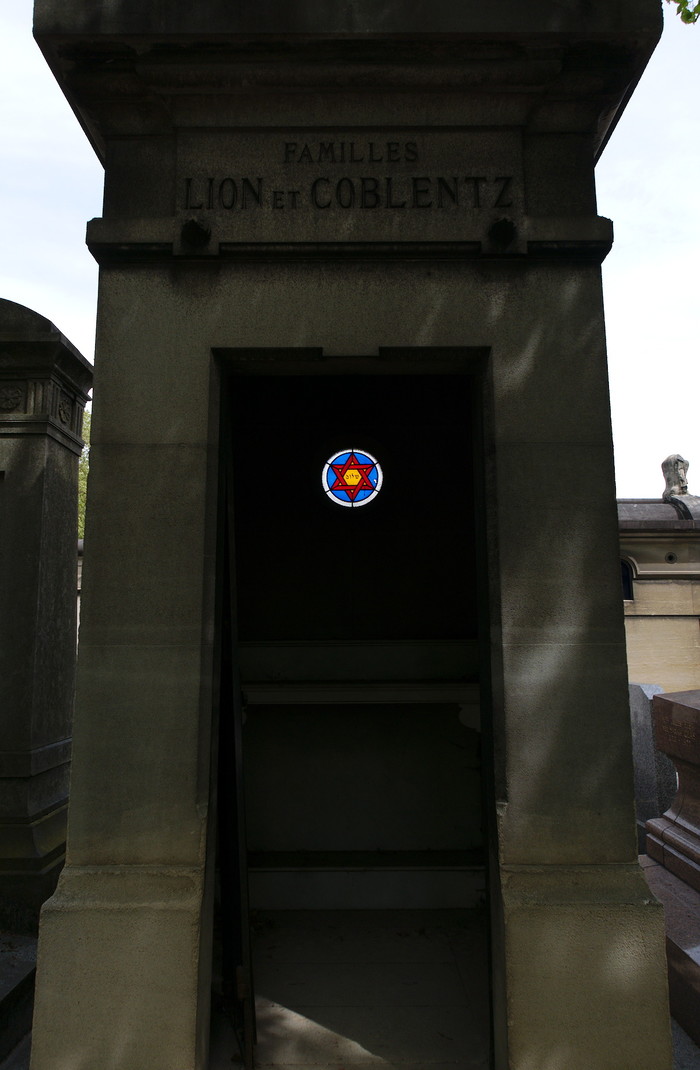 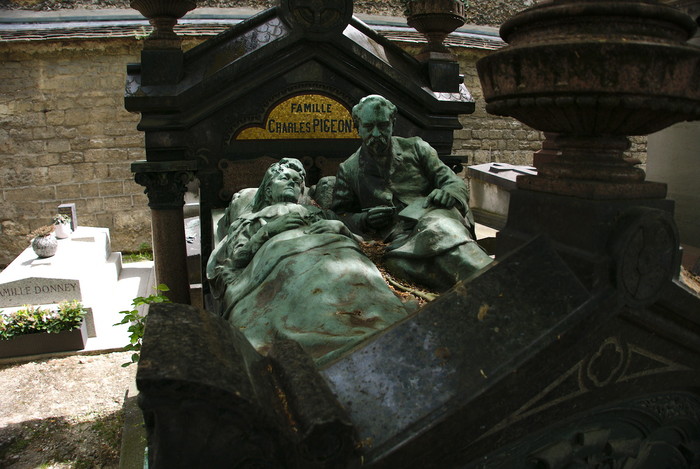 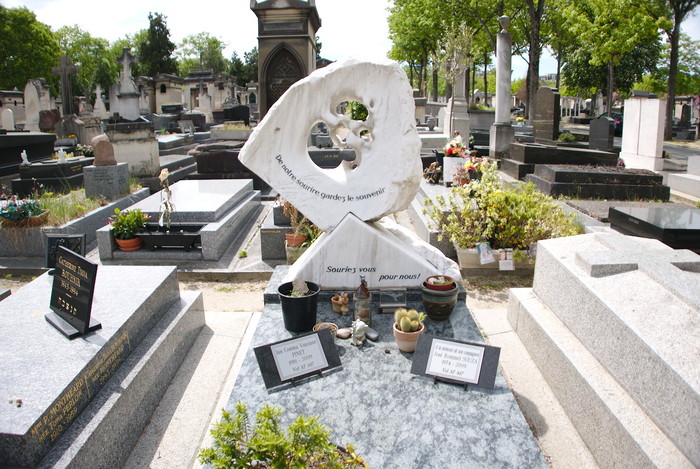 At lunch I had a lot of really, really fat, but really, really good food (something something with foie gras). Then we went to a nearby cemetery where we saw Constantin Brâncuși's grave. *note to self *learn more about his statues. 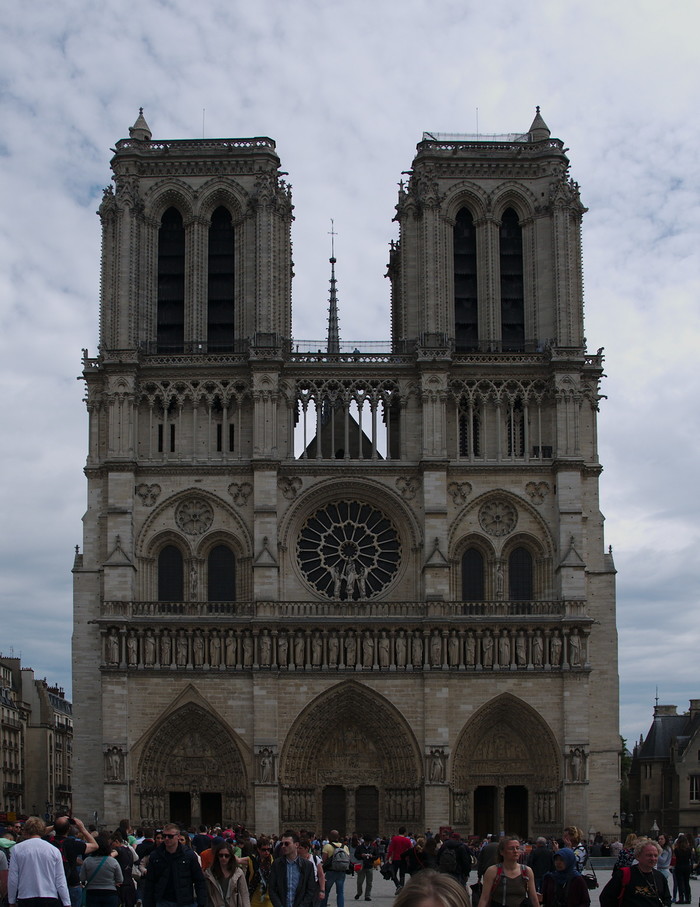 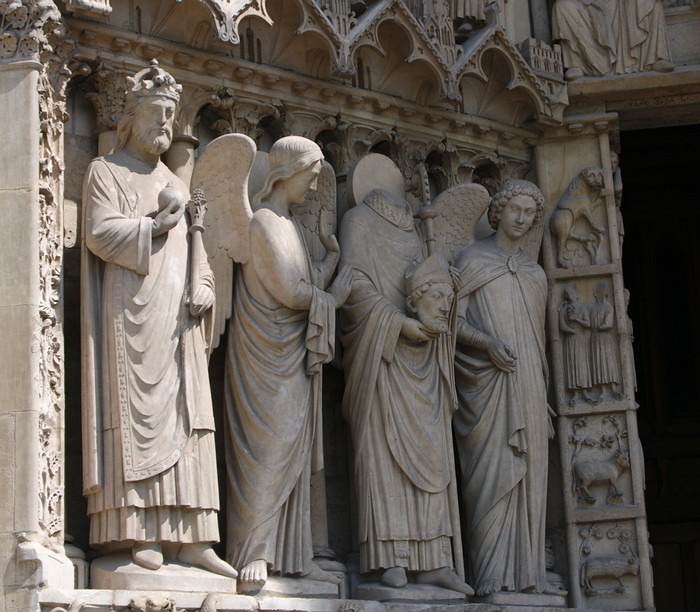 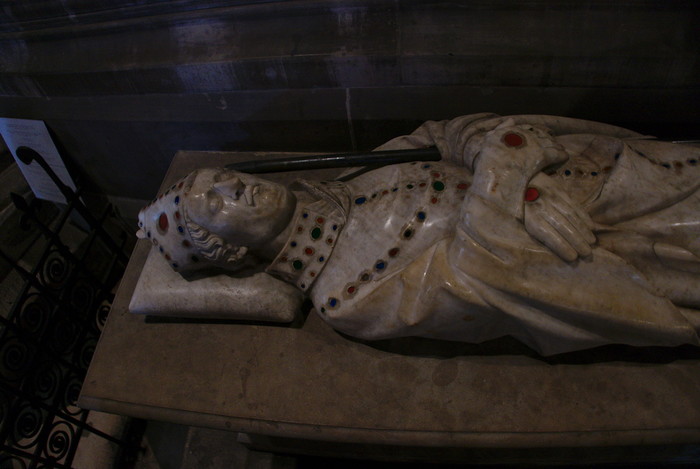 In the afternoon I went on a walking tour of Notre-Dame de Paris and Sainte-Chapelle on the Île de la Cité. Panda, the lady who lead the tour, from City­Won­ders, was knowl­edge­able and kept talking almost non stop for two hours, filling our heads with lots of historical in­for­ma­tion about how they were built and what happened there after that. 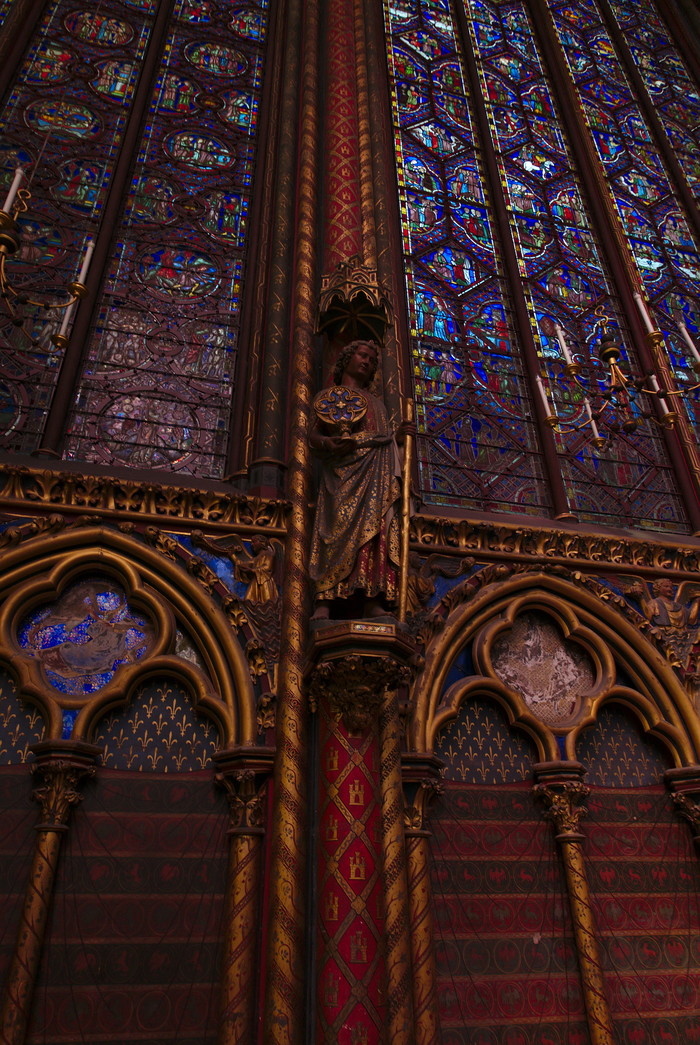 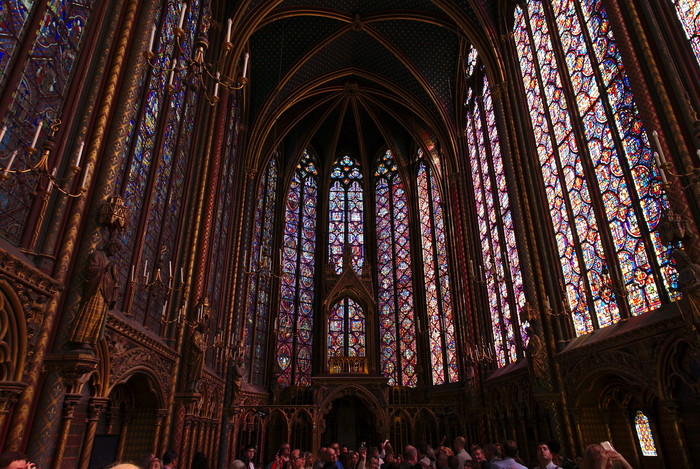 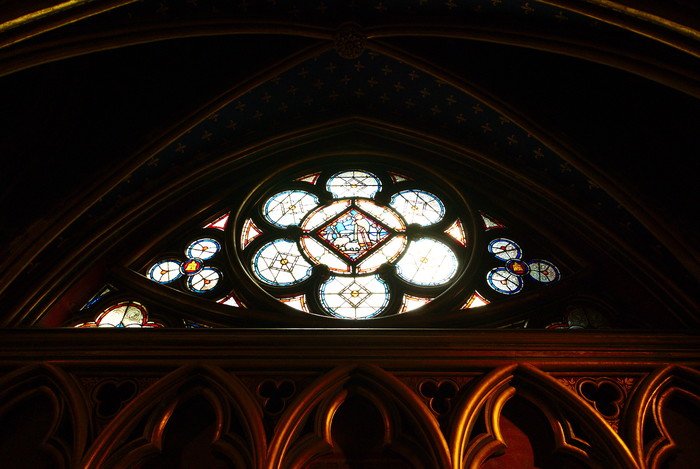 The shocking part for me was learning that most of Paris was actually destroyed and rebuild in the 1800's, on the order of Napoleon III. Before that it was actually a pretty bad place to live, with very narrow streets, bad sewer system, dark buildings and so on. For example, at some point there was a tax on windows, so builders started building fewer windows on new houses or boarding up some of the existing windows. You can still see some of the old design in the Latin quarter, which wasn't rebuilt. But for the naive guy in me, it was a big surprise to learn that actually Paris was not built from scratch as this beautiful city to be admired by all, but large parts of it are due to a cleanup done "recently". Well, I guess software is not the only thing that ac­cu­mu­lates technical debt. 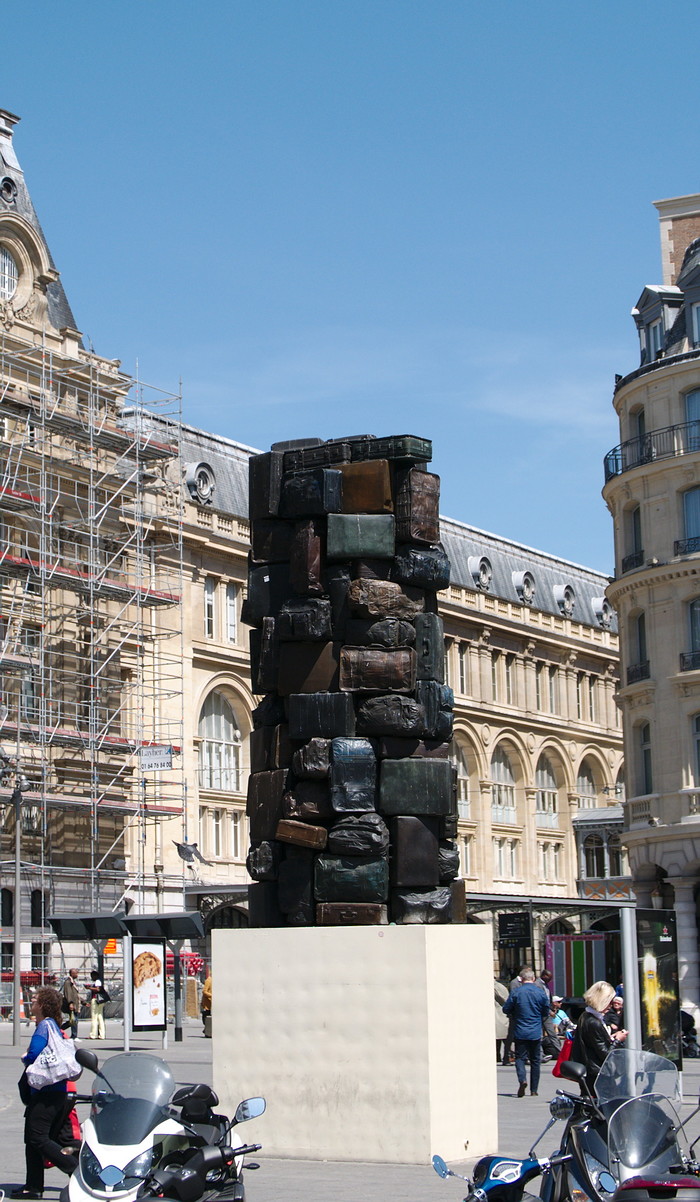 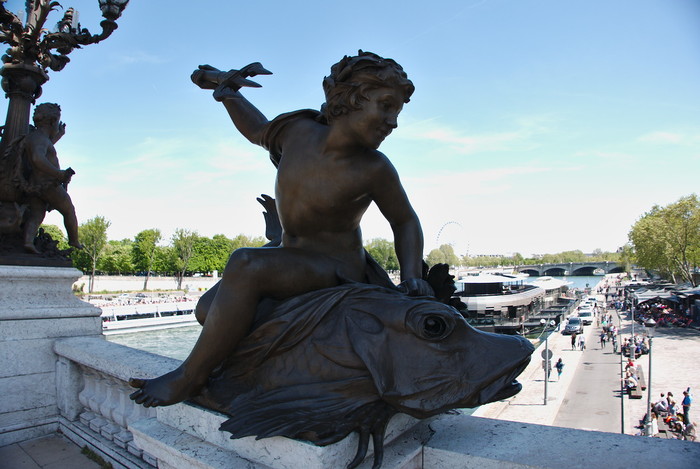 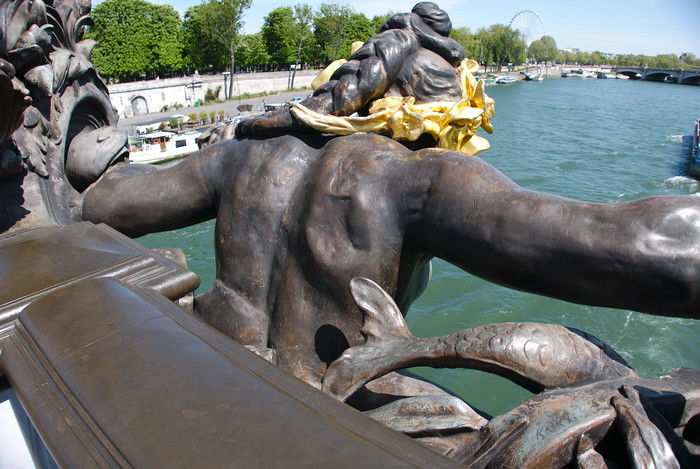 The afternoon ended with a trip to get the best ice cream (from Bertheil­lon) and the best crêpe (from Avant Comptoir), with David, Alida's boyfriend. While they were excellent, my taste buds are not suf­fi­cient­ly advanced yet to be able to dis­tin­guish between these and other really good ones. 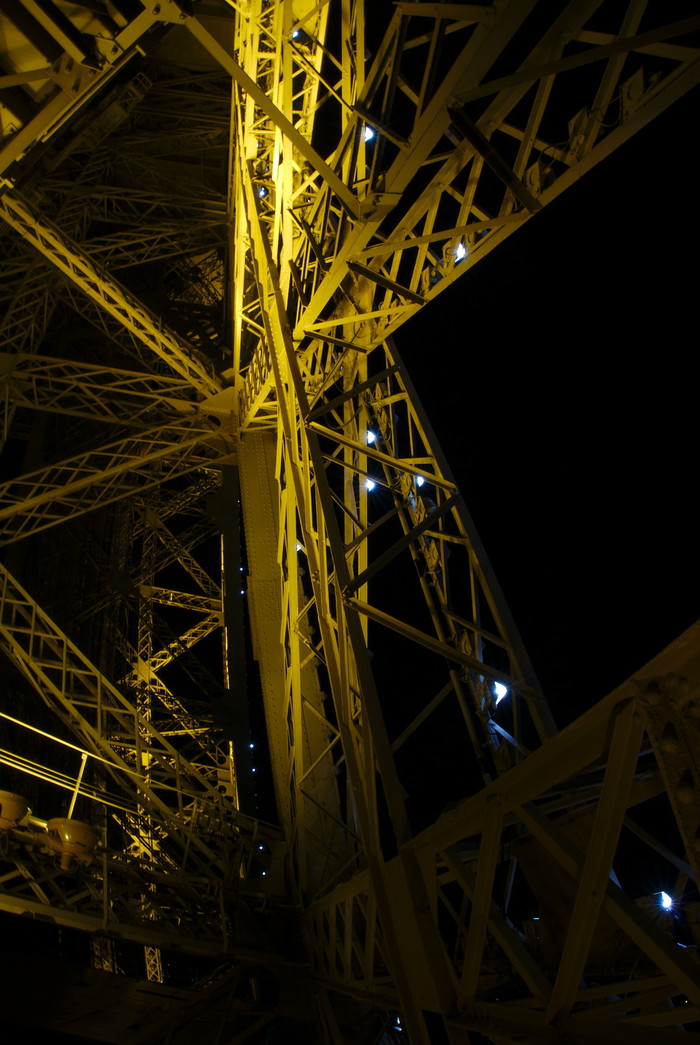 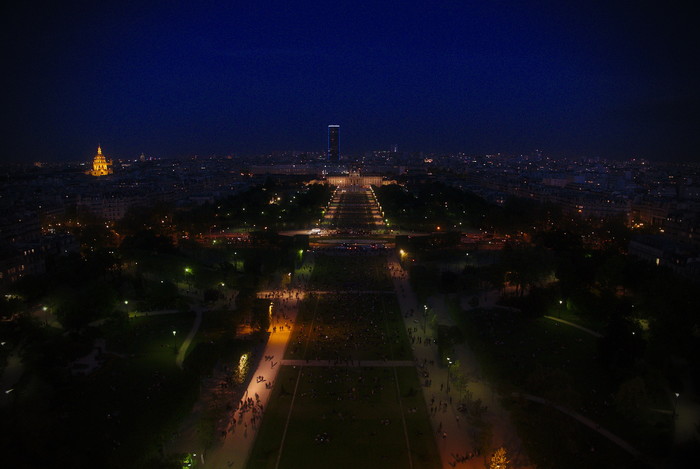 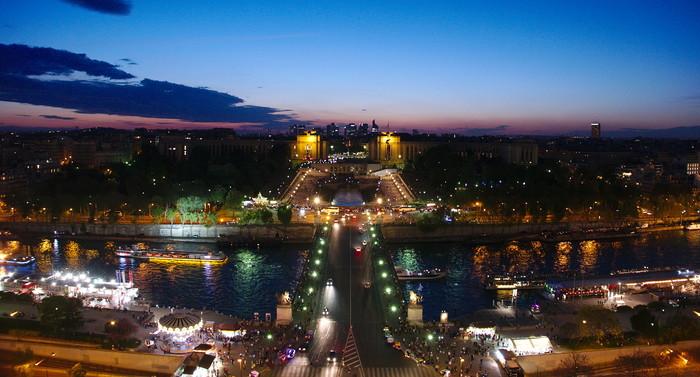 After a short nap, I went to the Eiffel tower. I had been at the base before, but now I wanted to go to the summit. I made a pretty stupid mistake. I had booked online tickets with a tour, which was supposed to start at 21:30, but I didn't read the whole page carefully, where it said that I had to be at the meeting point 20 minutes before that. So... I missed that. But, the queue for the stairs to climb up the tower was really short (less than 5 minutes), so in the end it wasn't that big of a problem.

Climbing up the first two levels was fun, because this way I didn't miss going to the gym. The first level is 57 meters from the ground, while the second one is 115 meters away. It's a nice pleasant jog all the way there. But to get to the summit, you have to take the elevator, because there are no stairs, due to the strong winds. I was lucky to be on the stairs at precisely 22:00, when the light show starts, so I could see it from the inside. It looks completely different from up close than from outside at a distance. After a long wait to get to the top, where in the queue I met some people from Australia and from the Nether­lands, I could finally enjoy Paris at night from 276 meters high. It looks great, but to be honest, the view from Empire State Building was better, and not just because that one is taller, but because there are more colorful things around you. 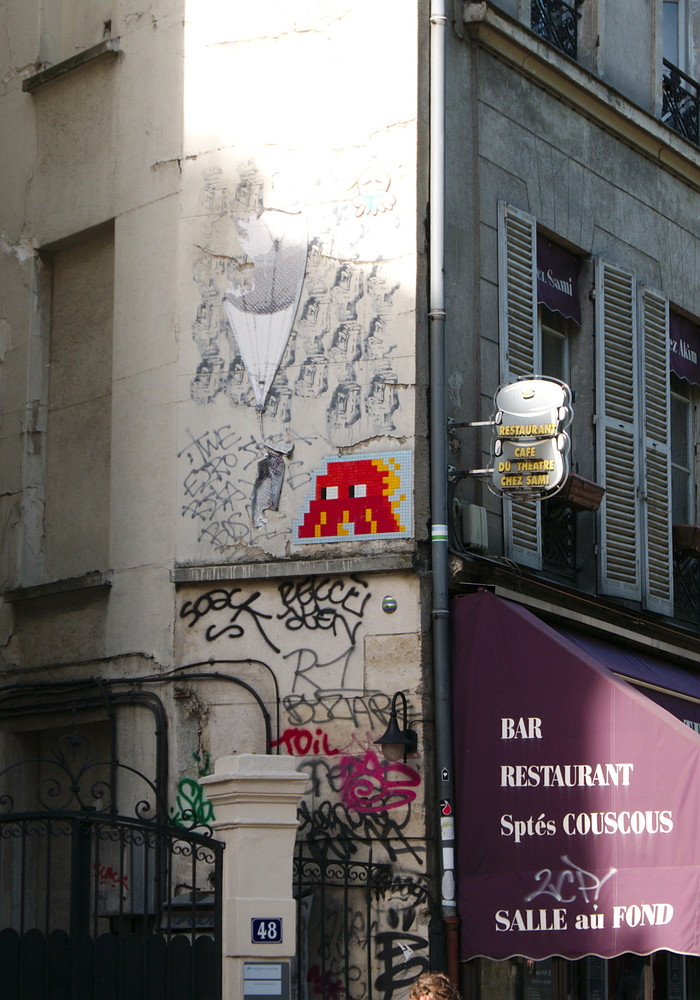 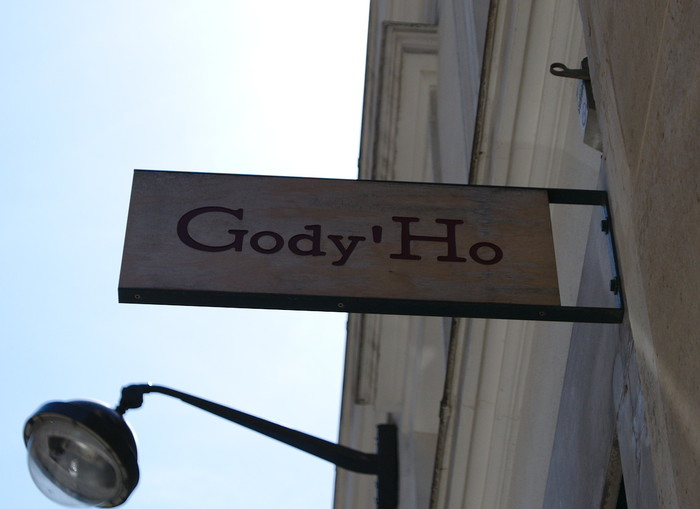 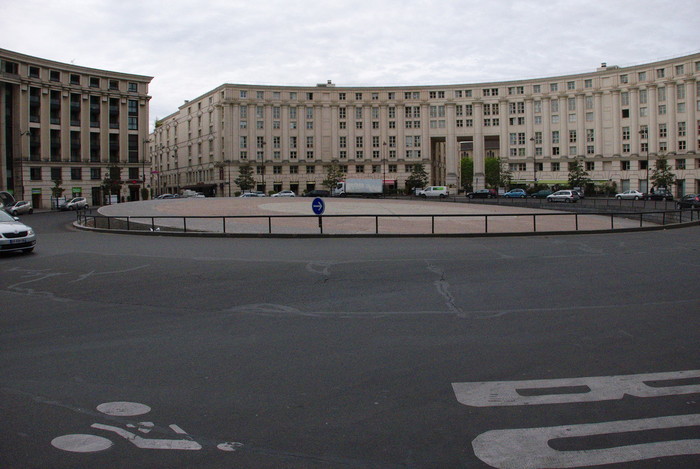 On the last day, I started off with a breakfast at Ladurée, suggested by Paula. Thank you very much for the suggestion! It had the best scrambled eggs I've ever eaten. They melted in my mouth! And plenty of pastries and other goodies on top of that. Yummy. 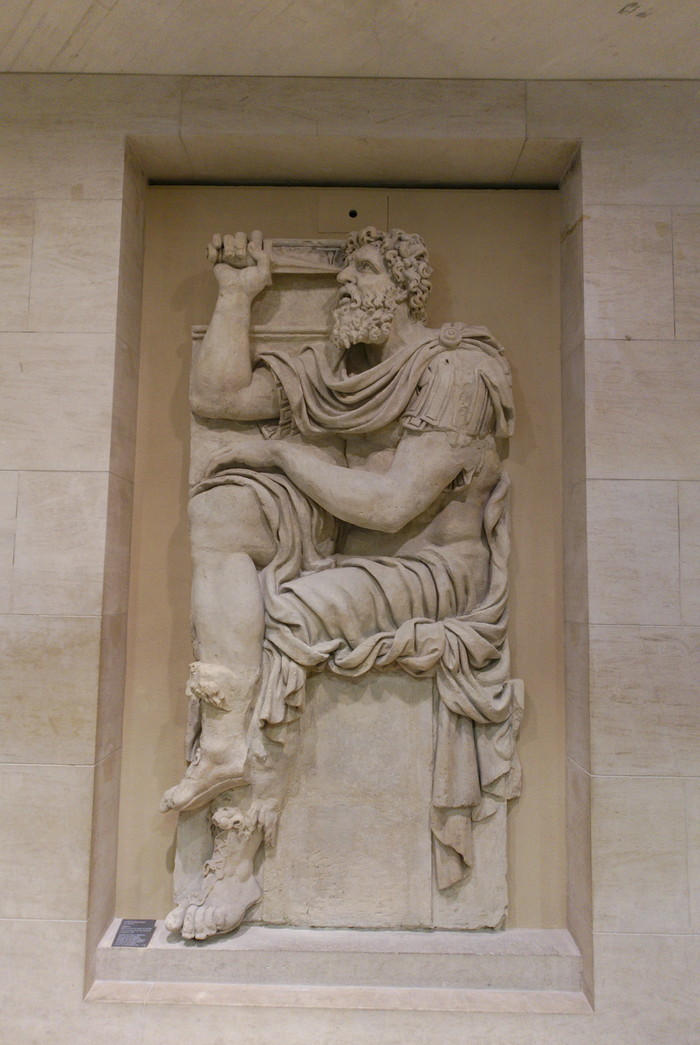 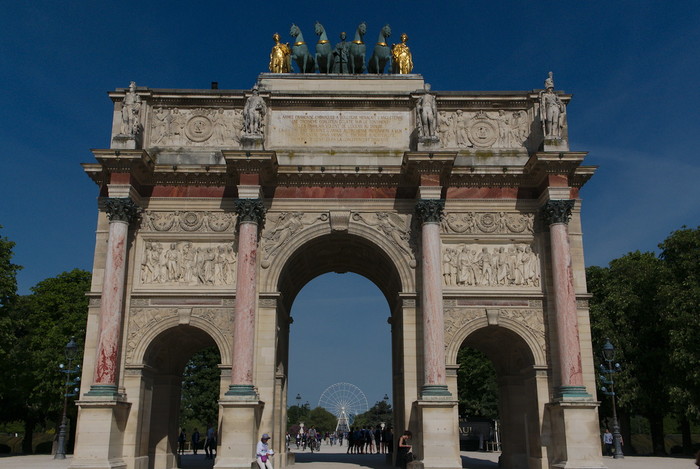 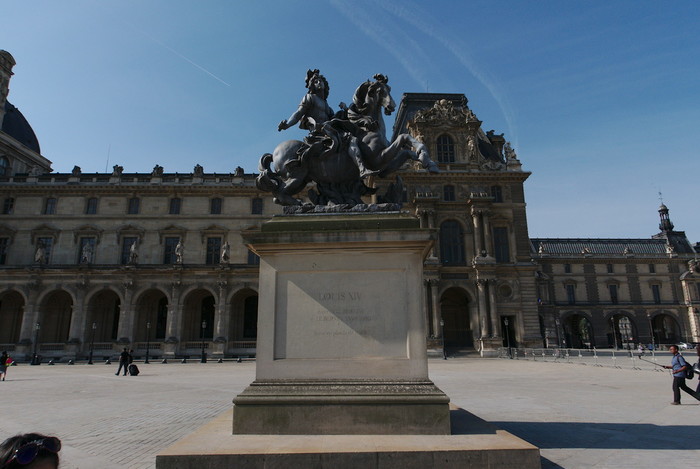 Of course, I couldn't miss visiting the Louvre, for a couple of hours at least. It's huuuuuge, so the four hours I spent there covered only a small fraction of the entire museum. I enjoyed the most the ancient history part, with relics from Egypt (mummies and bathtubssar­coph­a­gus­es FTW), Mesopotamia, Assyria, Babylon and others. Another fun bit for me was seeing in person some of the paintings from Classical Programmer Paintings. Sorry, those paintings have been forever associated in my mind with pro­gram­ming from now on. XD 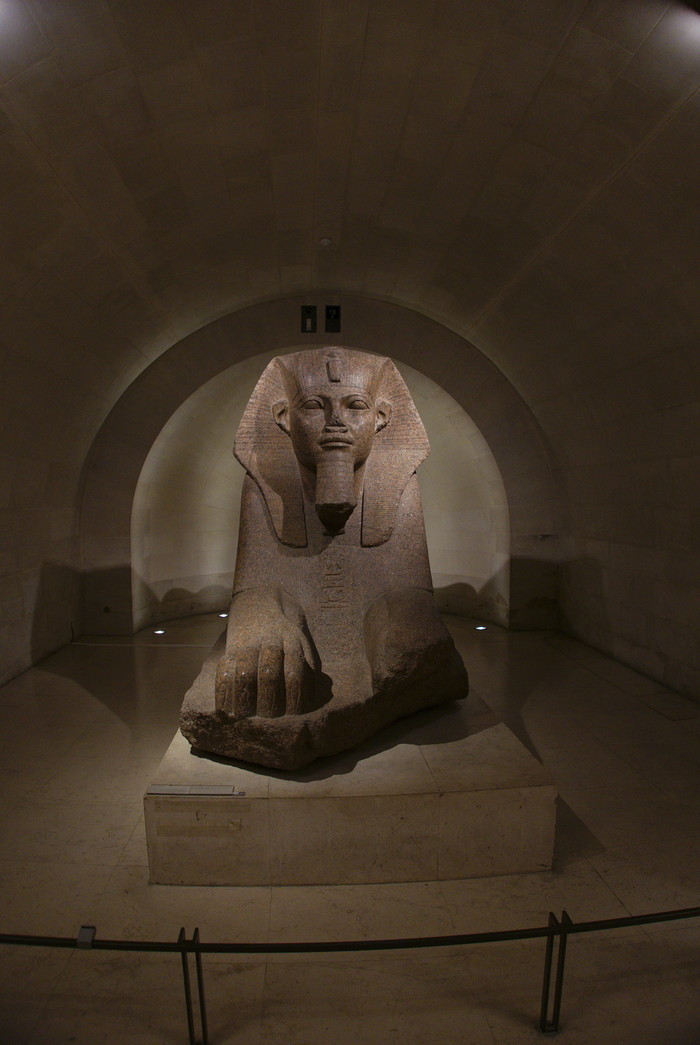 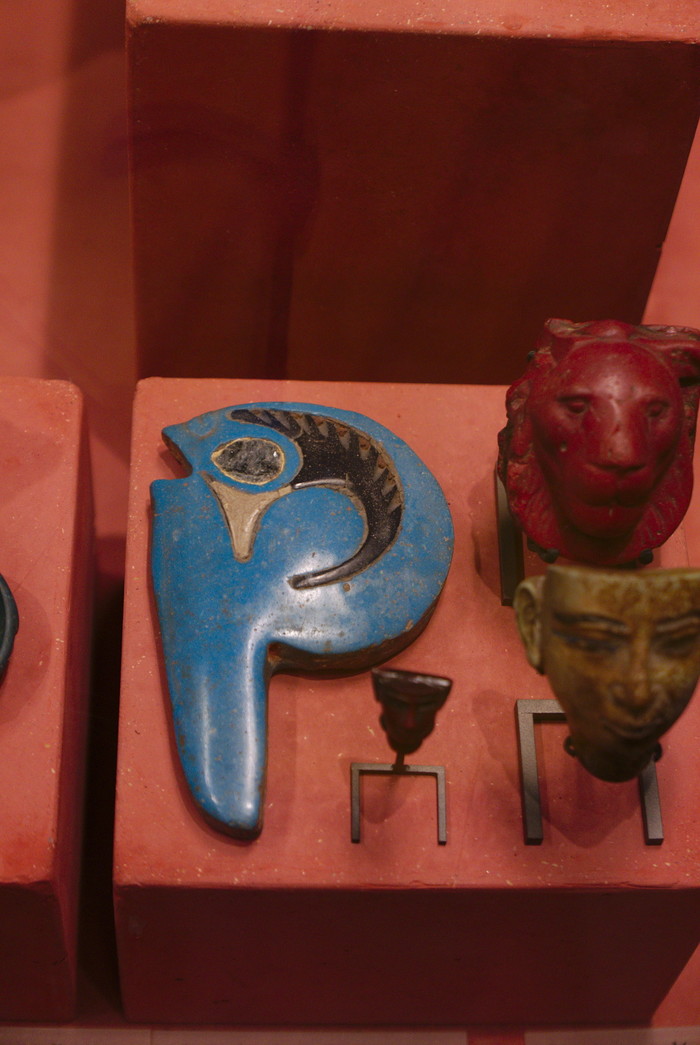 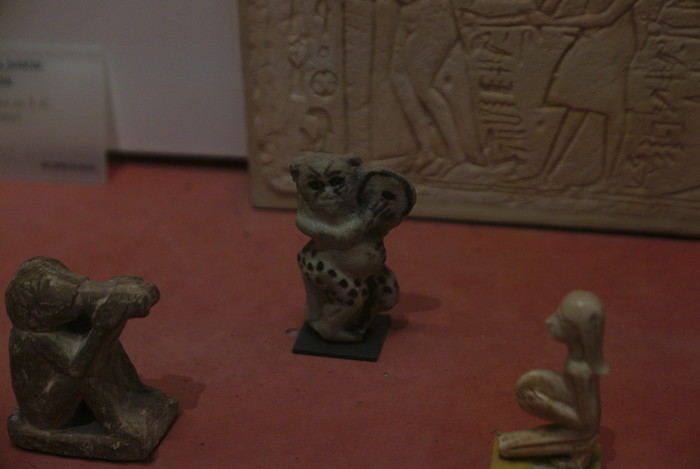 After another lunch with Alida, her boyfriend David, and her mom, it was time to finally head back home. The time in Paris was really nice and relaxing. I detached completely from work and I needed that. I still have a lot to see, so I hope to go there again one day. 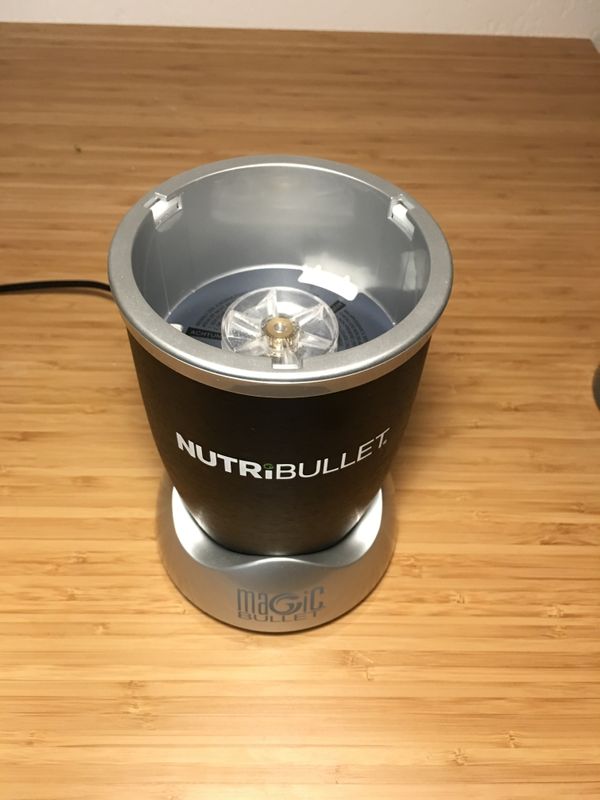 For Christmas, a colleague of mine bought himself a juicer and a blender and he was super happy about them. So, for my birthday, my right hand surprised me by 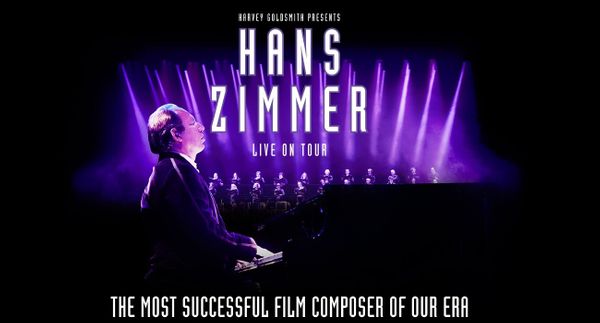 Hanz Zimmer, a composer for many movie sound­tracks, has gone for the first time on a tour. He started off on the 6th of April in London and he