The first half of the year has passed, so it's time to see how I did on my goals that I had set out for it. Sorry the post is late, I was travelling for the last two weeks.

I described using two techniques for helping achieve goals. One of them was pre­com­mit­ment, which I did in the form of announcing here on the blog. This seemed to not work too well for me, because some of my goals ended up being completely untouched. I'm not sure why, but I think that it's because I made it through the blog, it increases the psy­cho­log­i­cal distance between me and the com­mit­ments, so I don't feel as much of a connection to them. Maybe I'll start to print some t-shirts announcing my goals :)))

The other technique was tracking in­cre­men­tal progress and breaking goals down into manageable parts. This worked remarkably well, except in one case, and in two cases I tracked the wrong thing. In all other cases, it helped a lot with staying on track. But, I did pay Beeminder several times for failing on oc­ca­sion­al­ly.

For each goal, I will say what I achieved and I will give myself a score. A score of 1.0 is not necessary on all of them, because it would mean I wasn't aiming high enough. I will also give some notes on how achieving (or not) felt.

Losing weight: My lowest weight was 81.1kg, at the beginning of May. Then I went to Paris, then to Romania and I was in the US for the last two weeks, so un­for­tu­nate­ly I have reverted most of my progress. Still, that's the slimmest I've been in the last two years (at least) and several people have noted that I have lost weight. I didn't get to 77 kg, but I made it 60% of the way, so the score is 0.6. As a side note, after reducing food portions for several months, my sensation of satiety changed completely and it's easier to resist food now. But for me, using Beeminder was not a good choice. Because I travel so often, I often come home with an extra kilogram or two, which makes me go into the red zone, even though I lose it quickly afterwards, which made me skip some mea­sure­ments because I "knew" they were "invalid".

Doubling my bench press: I managed to get to 57.5 kg. It's close to the 60kg goal that I revised in April, so the score is 0.9. This was really fun. I am the strongest I have ever been and now I can do pull ups without a problem. I haven't tested yet how many can I do, but compared to 0 a year ago, it feels awesome.

Run a 10k Race in April: So, about this one... I was signed up to run at Zurich City Run on the 24th of April. But on that day it was 3 degrees outside and snowing. And not just some light snowing, but pretty serious. So, because I value my health more than running, I skipped it. But, I did run several times 10k, both in prepa­ra­tion for the race and after it. My best time was 1:02:29. Because I did manage to run, even if not part of the official race, I will still score myself with a 1.0. Running was in­ter­est­ing too, and it required pushing myself in a completely different way than doing the bench presses.

Reading: I have read 13 books, while I should be at 14 to meet my goal by the end of the year. This goal is one where I used Beeminder in the wrong way: I set it to track number of books read, but it doesn't work well because some books are thick, while others are thin, so the amount you have to do every day is very uneven. The rec­om­men­da­tion is to instead set a goal of how much to read every day, but I found that just having a goal to read X by the end of the year was enough to always keep me reading. Score: 0.9

Playing the piano: I have been doing this without problems. Beeminder really shines at this goal and is the perfect thing for tracking it. I have the goal set per week, but I can do daily mea­sure­ments. Score: 1.0.

Blogging: 21 blog posts written until the end of June. This one also went well. I had only 3 blog posts where I really had to scratch my head what I should write, but I feel that they still came out ok, without a feeling that they are forced. Score: 1.0.

Pho­tog­ra­phy: So... this is the one that didn't happen at all. Like, nothing. Nada. Zilch. I did take more pictures, I did read some more about pho­tog­ra­phy, I did play a lot more with manual mode, but I didn't upload any of them anywhere, and that's the most important step. So un­for­tu­nate­ly, the score is 0.0. :(

Focusing: This one is in­ter­est­ing. At the midpoint I had done nothing for it, but then I set up a Pomodoro app on my phone and Beeminder to track it and I managed to turn it around. I have been tracking having 6 intervals of 20 minutes a day, which are un­in­ter­rupt­ed. Sometimes at work it's hard to accomplish it, because colleagues would ask me stuff, but it mostly worked out. I have recorded 218 such sessions, which comes out at 72 hours, in 76 days. The goal said I should do it on 80% of the days, so this has a score of 1.0. Yay for Beeminder and Pomodoro.

Machine Learning: I did half of the homeworks. The next one is due next week. I'll finish on time (for the course), but not for my goal. Score: 0.5.

Bible reading: Beeminder tells me that I've read 282 chapters from the Bible in 94 days (since the midway checkup). This comes out to an average of 3 chapters a day, which is lower than it should be, but to be honest, I have travelled at least 4 weeks during this time. Still, the score is only 0.8.

Memorizing Bible verses: I don't know what I was thinking when I set this goal. 1.68 verses memorized every day??? Anyway, this failed too. I did manage to learn 2 verses though, but it fails veeeeery short of where I should be. Score: 0.006

Practicing German: For some reason, I forgot to write down this goal in January, even though I have been keeping it ever since. The idea was to do at least one lesson with Duolingo every day. I found that too easy, so in April I increased it to two lessons. I have done 284 such lessons in 190 days, which means an average of 1.49 lessons per day. Sounds about right. Score: 1.0

My average score is 0.69. That sounds... pretty good. Certainly much better than what I have managed to achieve in the past. I could have done better, but there's always another time.

However, I think for now I will take a break from most of my goals, to be able to relax and rest a bit. The last half a year has been quite difficult and exhausting for me and sometimes I felt like I didn't have the energy or the motivation to do anything. So, I will try to take it easier for the next 2-3 months and start again afterwards. 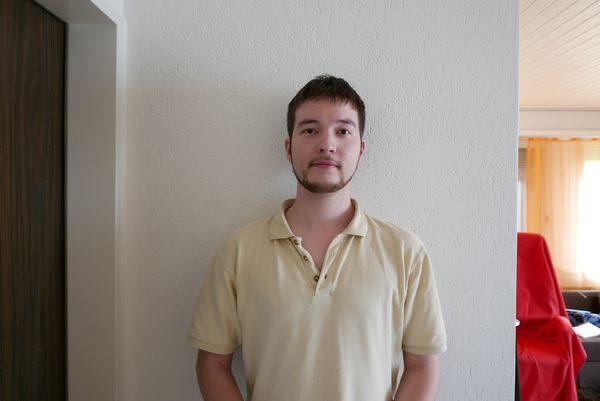 For a long time I wanted to do the kind of video where you take one photo every day and then you show make a slideshow of them, like this

Back in my days, in Romania, Yahoo Messenger was "the thing" to be on. Everyone had it. It was the most popular Instant Messaging platform by far, for almost ten