This is the land of cheap layovers on the way to Romania. Thanks to the invisible hand of the market, tickets to the airports that are close to where my fiancee lives were 50% cheaper when flying through Istanbul, with an overnight layover, than more direct flights. It was still cheaper when buying two nights in a hotel. So through Istanbul it was. I figured it might be my last trip alone, so it should be fun.

And it was. Istanbul is a very colorful and diverse city. You see all kinds of people getting along. And they have something us in the "west" don't have: time. Everywhere you see people hanging out together. In front of shops, on the street, people stop and talk with each other. They seem to have a lot more personal in­ter­ac­tions. But they smoke a lot more :(

Security is quite strict, there being lots of armed police and military on the streets. Most touristy sights have security checks at the entrance, but I didn't have any problems getting through them. That might have been because even though it beeps, they let you go through, without stopping you. I was a bit puzzled by what exactly are they trying to achieve.

But it's also clearly not the well organized, full of signs, easy to get around "West". First hint of this was getting from the airport to the hotel. On my way to Romania, I was staying at the airport hotel. I figured, it's the airport hotel, so it's in the airport building, there being plenty of signs to lead you to it. Well, I was wrong. There were 0 signs for it as I came out of customs. After searching far and wide, I found a sign saying "TAV airport hotel shuttle". Aha, that must be it. I go in the direction pointed by the sign and I see shuttles for three other hotels, but none for my hotel. I walk some more, eventually ask another shuttle driver, who asks someone else, who happens to walk in that general direction and points me there. It was a 10 minute walk, because you couldn't get there through the airport building, even though it was part of the same complex. At least I got a free upgrade for my room :D

Then I take a "Taksi" to the old part of the town. Turn signaling seemed to be almost entirely optional. We went through what looked like a round-about, but I'm pretty sure I saw cars going per­pen­dic­u­lar to each other, completely dis­re­gard­ing any kind of lanes. After leaving the nice ring road sur­round­ing the city, by the sea, we get into the small streets in the old part of the town. It didn't seem to matter to the driver that there was a long line of cars ahead of us, every time we stopped, he honked. Also, if someone else honked, he honked as well. The driver had two phones: a smartphone with the Uber-like app I booked him with, and an old dumb phone which seemed to be constantly in a call, even though he wasn't using it most of the time. Eventually traffic ground to a halt, so I got out and walked the rest of the way to the Yerebatan Cistern. It was a bit scary though to cross the streets like the locals do: almost completely dis­re­gard­ing traffic, depending on how fast the cars went.

These cisterns, also called the Cistern Basilica, are a water reservoir with a capacity of 100.000 tons of water. It's a  huge un­der­ground cavern, carved sometime in the 6th century. It has xx columns, in Doric and Ionic style. There is this soft music playing the background and it has a really nice impression on you as you walk around. The tem­per­a­ture is well below 20 degrees inside. Close to the entrance, for a small fee you can dress up as a Turkish soldier, pasha or  princess and get some photos of you like that (no, I didn't do this :P). 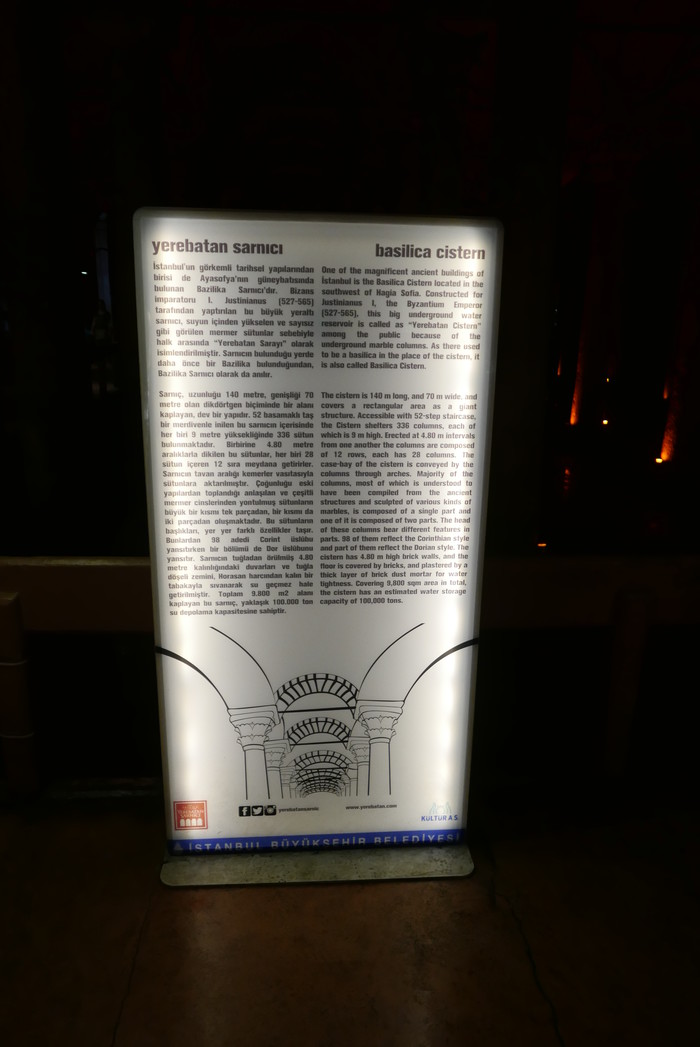 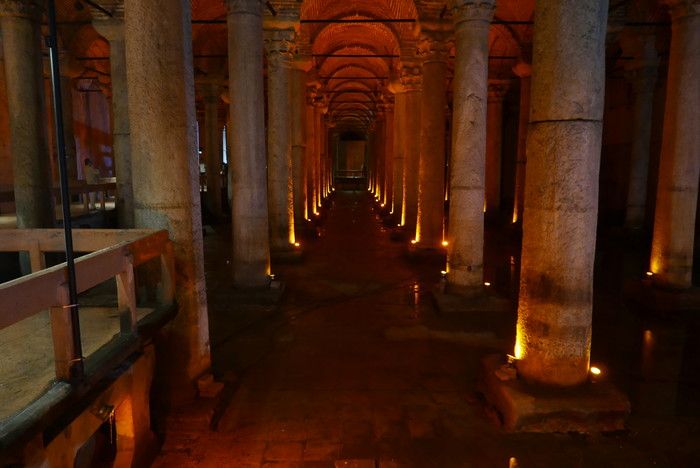 On the way there, I passed through a small market place, where lots of people were selling various handmade goods. You could see all kinds of stuff, including people making in front of you wooden dec­o­ra­tions, ornate walking canes, the water paintings or carving jewelry. Lots of cool stuff.

After a late lunch, I ran into some overly friendly and pushy carpet sellers, who invited me to see their shop... which happened to be in a basement. It was a bit scary, but I wanted anyway to buy a carpet for my fiancee, so it worked out fine-ish. The guy knew how to say "How are you?" in Romanian and that Gica Hagi is the best Romanian footballer. Also, when leaving, they com­pli­ment­ed my beard (Take that, mom!).

Afterwards I went to see Hagia Sofia (Greek for Holy Wisdom), which was an old Greek Orthodox church, built in 537. It was converted into a mosque in 1453 and now it's a museum. The really in­ter­est­ing part about it is that it still has some of the old paintings of Christian saints, right along side the Islamic imagery. The church was designed by some geometers and you can see that the whole thing is very symmetric: the layout, the patterns in the stones and the dec­o­ra­tions on the walls. It looks really great. Un­for­tu­nate­ly, it's in restora­tion, so some parts are not visible for now. 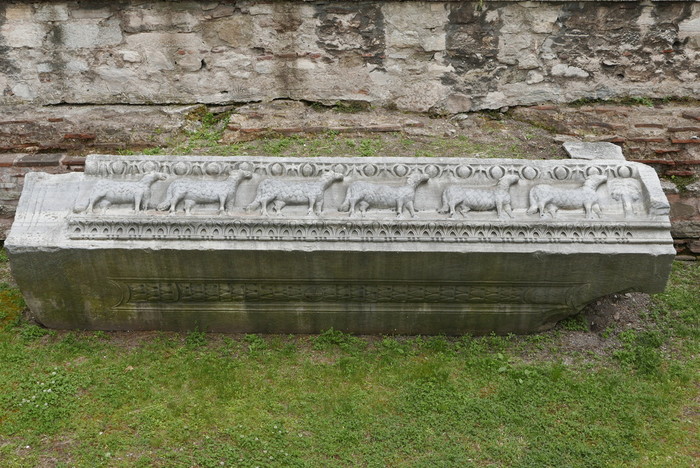 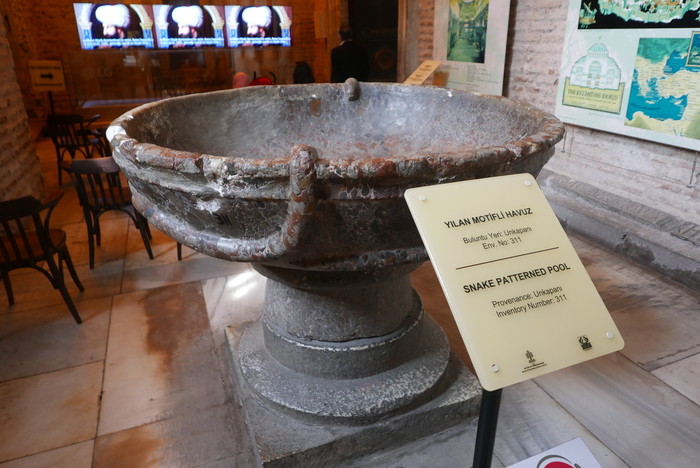 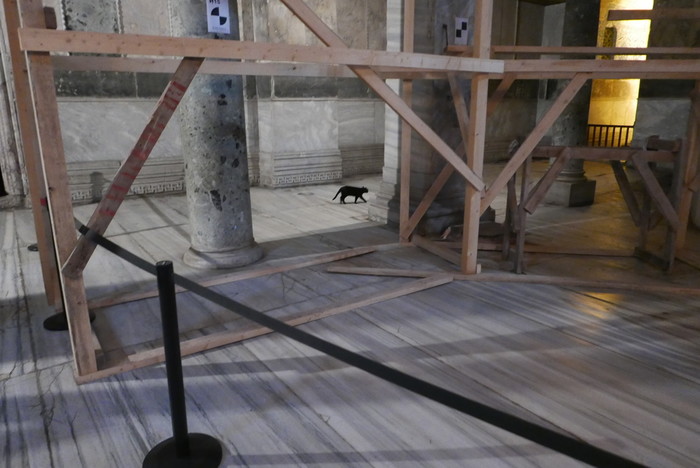 After the church I crossed the Golden Horn by walking across the Galata Bridge. It separates the old, historical Con­stan­tino­ple from the new, modern Istanbul. The bridge has two levels, one above, for cars, and one for pedes­tri­ans below. The lower level is full of restau­rants, with the waiters calling you in at every step.

My last stop for the day was the Galata Tower. It was built in 1348, as part of the Genoese colony of Con­stan­tino­ple. It was damaged several times by fire, even though sometimes it was used to spot fires in other parts of the city. Now the insides have been modernized, with elevators and a nice cafe. From the top you have a beautiful panoramic view of the city. And from there you realize that Istanbul is 'yuuuuuuge. In pretty much every direction you look, you can't see its limits. But there is this strong contrast: you have this impressive, majestic old tower and right next to it you have 60 year old apartment buildings that have never seen any main­te­nance, so there are cracks in the walls and the paint is half gone. From the top of the tower you can enjoy a beautiful sunset and then look down to see how somebody is making a BBQ in their rooftop garden. I wonder how people who live there enjoy that too, knowing that thousands of tourists are analyzing their culinary skills. 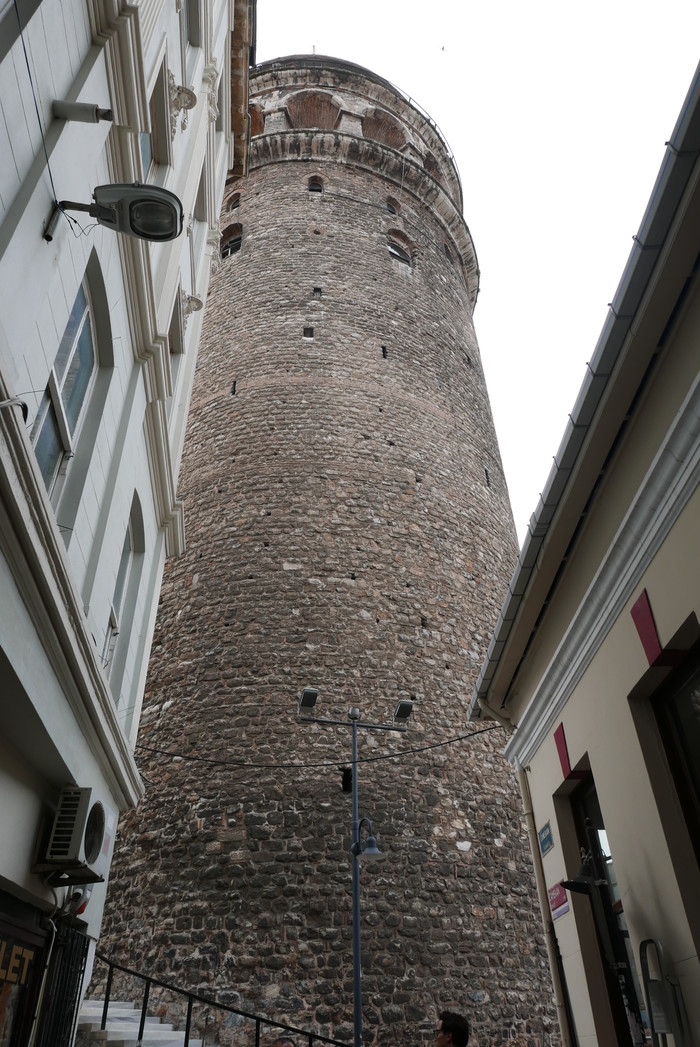 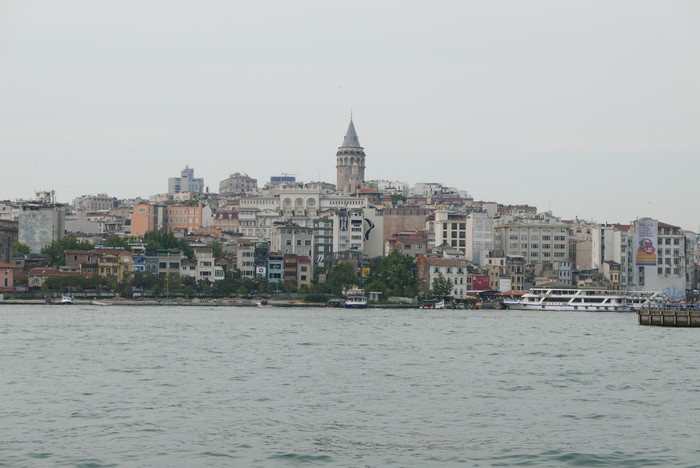 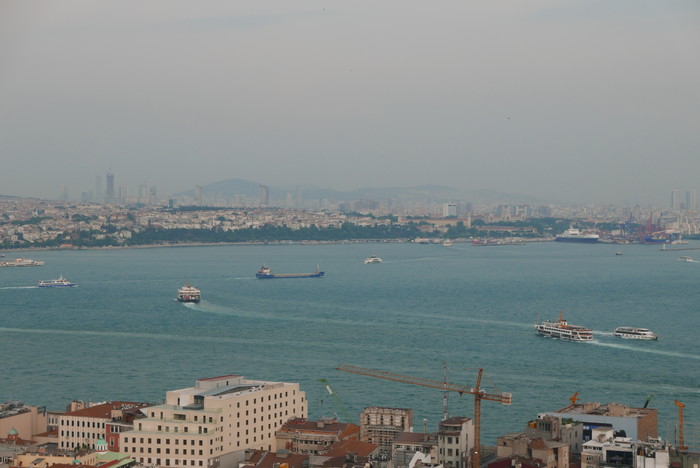 When I went back to the hotel, I discovered the sign pointing towards in the airport: it was right at the exit from the metro. Yay. At least the trams and metros in Istanbul were pretty clean and with air con­di­tion­ing.

On the way back to Zurich, I stayed at another hotel, which was fancier and cheaper, but a 10 minute ride from the airport. While it was nice, it turned out the Google Maps doesn't quite know the area well, because it wanted to send me walking over a highway to get to a bus stop, or along an nonex­is­tent street. Ah, the fun adventures at 9PM in a foreign city.

The first thing I went to see on Monday was the Grand Bazaar, the world's oldest shopping mall and it's said to be the world's most touristy place with 91 million visitors every year. That being said, I wasn't on a shopping spree, so I admired the exotic spice shops, colourful carpet shops and shiny jewelry shops only from a distance. 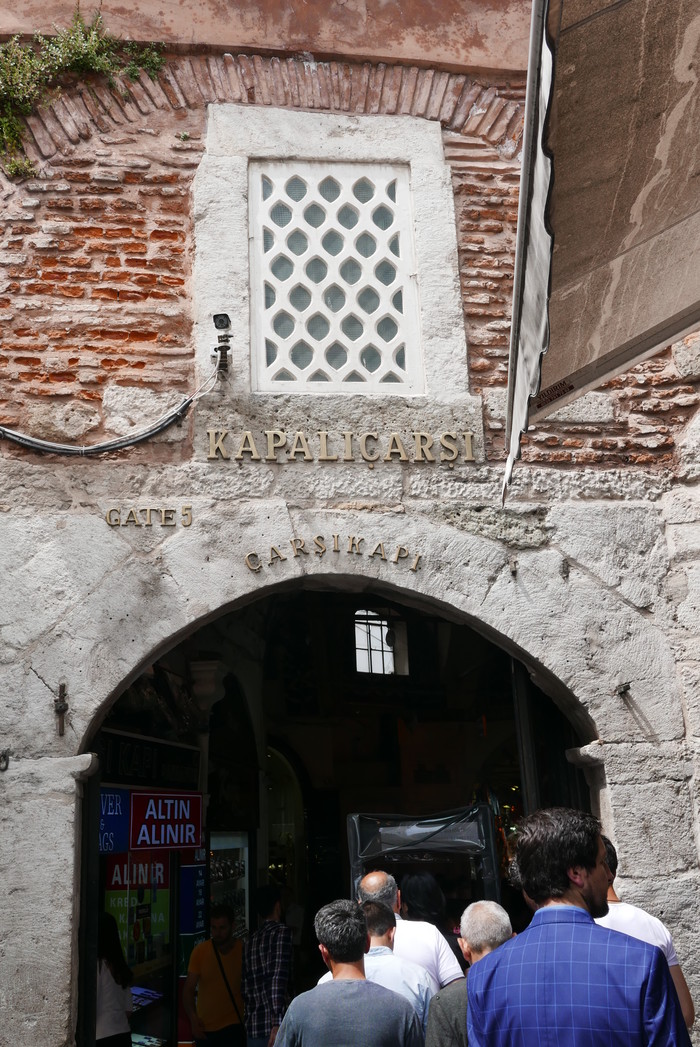 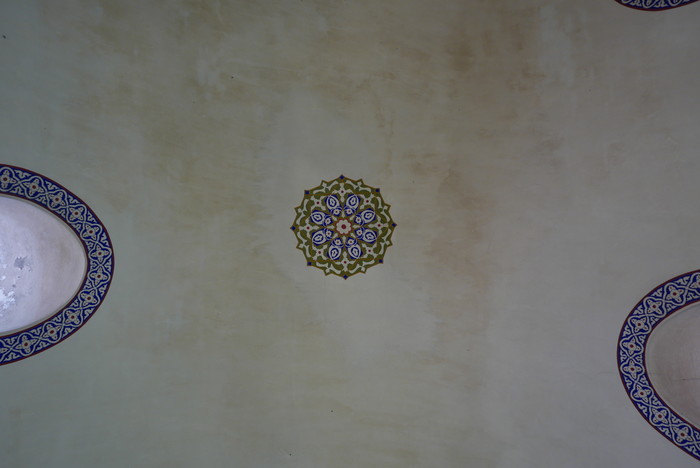 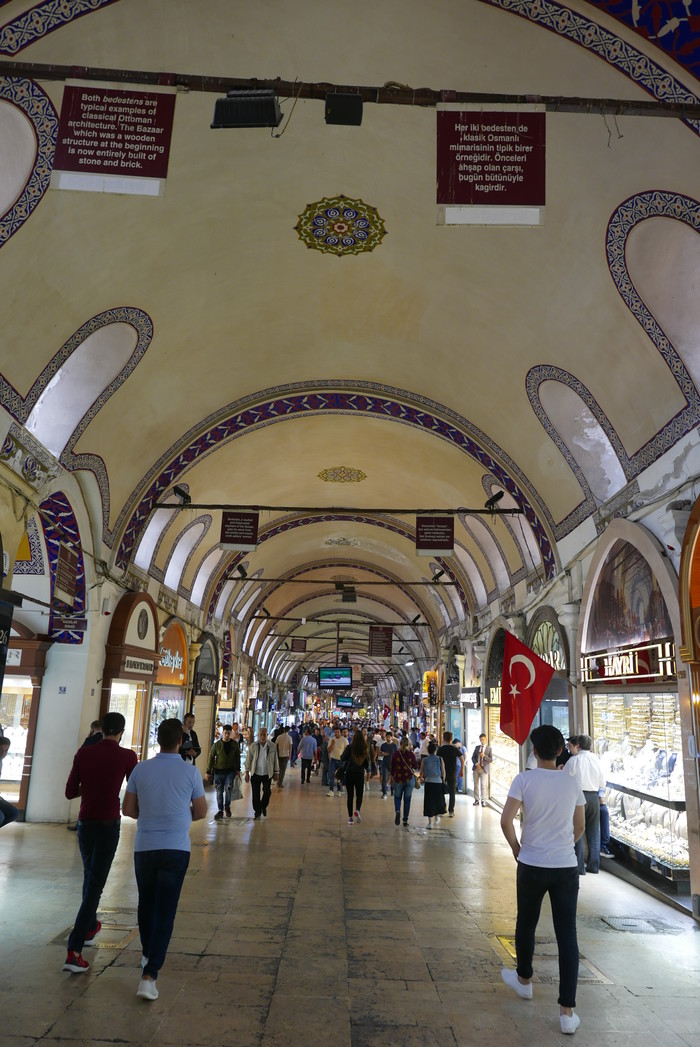 Then I proceeded to the modern part of Istanbul: Taksim Square, where the Monument of the Republic stands, built in 1928 for the 5th an­niver­sary of the foundation of the Republic of Turkey. It's a small area, with quite heavy police presence, because people like to protest here (among other reasons against the demolition of the Taksim Gezi Park), but it has some boutiques selling street food with some amazing ice cream :X. 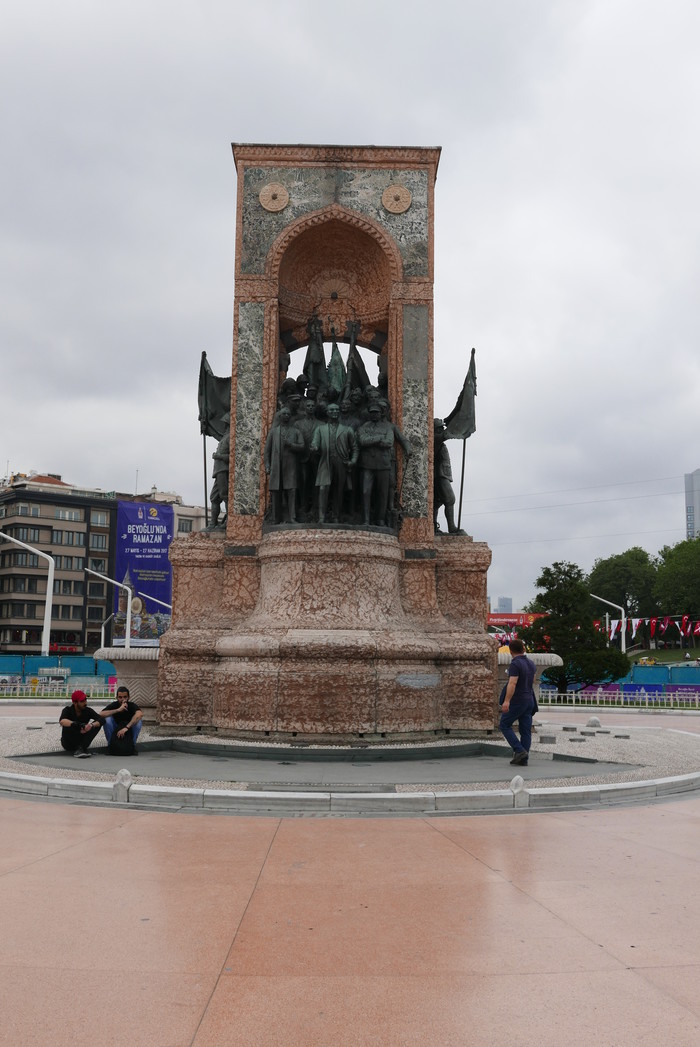 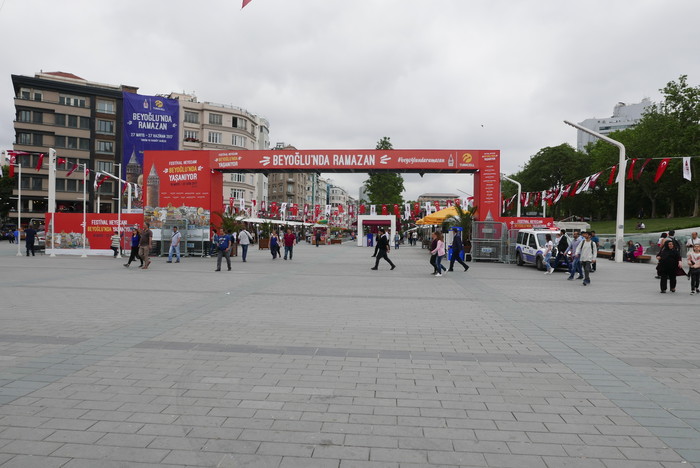 Of course, I don't like to visit a city where Google has an office, without visiting the office itself. These are in the Levent quarter, a business district full of sky­scrap­ers.

To end my trip I went down to the sea side and walked a bit along it (and got lost by getting on the wrong bus), looking to the opposite side of the Bosphorus, regretting that I didn't have time to go to the Asian side. Oh well, there's always next time!

Two more fun facts about Istanbul: they don't seem to have stray dogs, but they have stray cats. Cats everywhere. Hagia Sofia was full of them. Everywhere on the street? Cats, cats, cats. I think it's cat paradise. 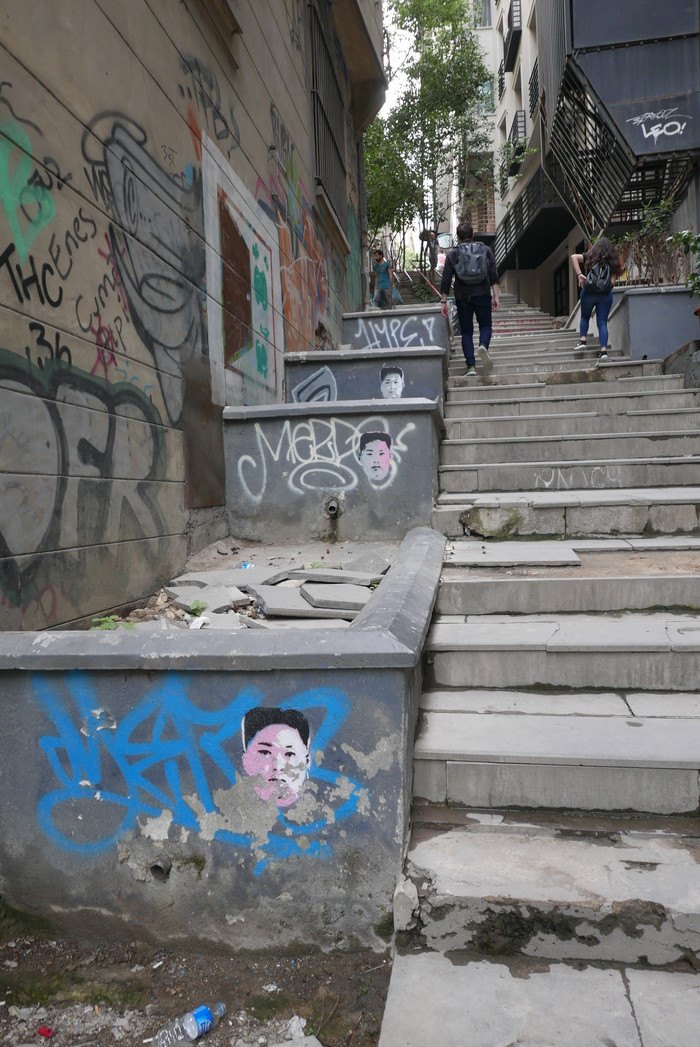 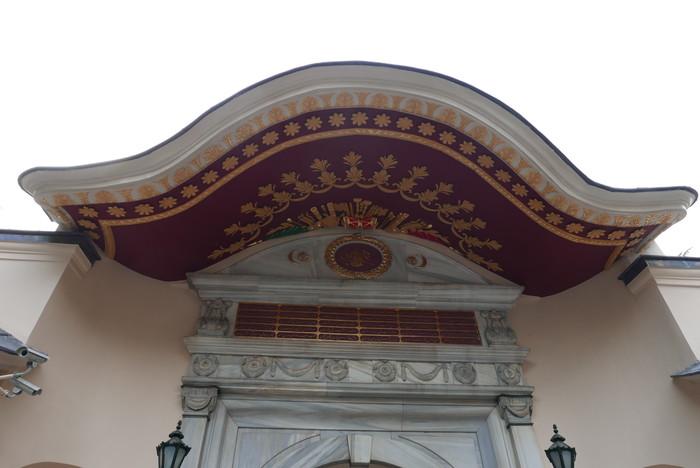 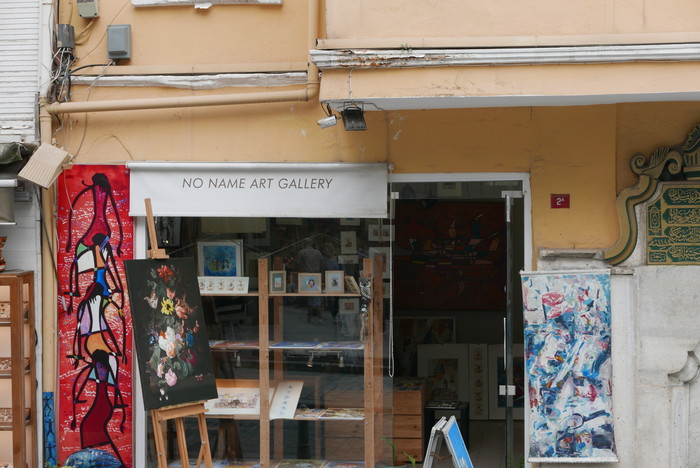 Also, the food is amazing. Both places where I sat down to eat had really good stuff. Un­for­tu­nate­ly, I'm on diet, so I couldn't eat more :(

I enjoyed my time in Istanbul, but I didn't get to hear Mr. Toot playing. 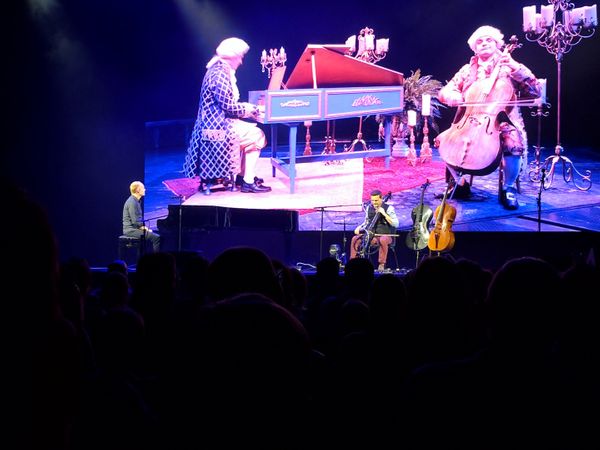 Last Friday The Piano Guys were in Zürich. I found out about it from an ad on Facebook. It's probably the second time in my life where an ad­ver­ 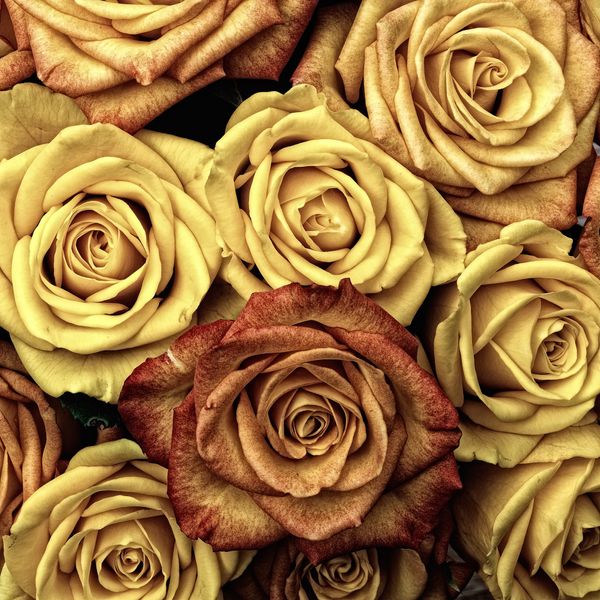 Happy Mother's Day to my dear mom! I love you! Kisses from New York!