5 years ago, on this day, I started this blog on Wordpress.com. And here I am, half a decade later, 2^8 posts later.

Let me tell you how it all started. I had been planning for a long time to start a blog. I actually even started one together with a highschool class-mate, but it was very short lived (we wrote a couple of posts, but never got around to making it public). I had a nice mindmap­ping chart with possible topics I wanted to talk about, possible names for the blog, possible nicknames for me (I was con­sid­er­ing doing it under a pseudonym), where to host it and other options I wanted to explore.

This caused me to be in analysis paralysis, because I was over­think­ing it. But then my friend Cătă started his blog in December 2009. He was posting with his GMail account on Blogspot, naming it after his most common internet handle, laserbeam (if memory serves me correctly). He didn't post too much, but it still spurred me to action. Half a year later I decided to proceed in a similar way and improvise later on if needed. I chose the easiest hosting option, went with my own username and went with the really "boring" option for the title, having it the same as my username.

I posted more than 20 times per month for the first two months and then I opened a joint blog with Cătă (yes, that is a Klingon greeting at the end of the post). It wasn't a long lived col­lab­o­ra­tion. We posted together IT stuff there for 3 months, then we took a break. Meanwhile I kept posting on my own blog non-tech stuff. In January 2011 I decided to host my own blog, but still on Wordpress, and in the process I stopped posting on the joint blog. Cătă kept posting there for about 6 more months.

In the first two years of my blog, I wrote only in Romanian (with some English ex­pres­sions thrown in here and there and one post in Hungarian). The reasoning behind it was that in the beginning I wanted to get exercise for my Romanian bac­calau­re­ate exam. I believe writing 60 posts in the first year helped a lot, by helping me refine my writing style. After my exam, I kept writing in Romanian, because I thought that in the big pond of the Internet, even if I wrote in English, who would pay attention to my puny posts (about coding), when there are so many people who know things much better than me and who have written about everything possible. So I wrote in Romanian, knowing that there is not so much content there and that I could possibly have more impact this way. For some reason though, after the first year of college, I started posting in English. It was a long time ago, but I think the reason for the post being in English was the title. The book "A Tale of Two Cities" by Charles Dickens was featured in Lost, one of my favorite TV shows a long time ago. The books starts with a comparison between two opposing things and two very different countries. I had the same impression from my two interviews and I wanted to transmit it by making an analogy to that book. I probably felt it could be best done in the language the author had written it, so I wrote for the first time in English.

I started writing the pro­gram­ming posts in English, because I got to the point where I wanted to reach a wider audience. Some of my Romanian pro­gram­ming posts were popular enough, so I decided to go play in the major league and it payed off eventually, having written a decent Neural Network tutorial that is well ranked on Google.

Let's fast forward a couple of years. I still kept posting, sometimes with longer breaks, sometimes more often. The next big change came when I moved to Switzer­land. I suddenly had a lot of non-Romanian friends and colleagues, while most people back in Romania speak a good English, so I decided to switch over entirely, so that all of them can understand me.

During these 5 years, I have written almost 1 million characters. Un­for­tu­nate­ly, it is not enough to train a recurrent neural network to generate new posts for me. :)) Looking back at my old posts, it is very in­ter­est­ing to see how my style has changed. And even how the topics changed. This is the closest thing I have to a diary. No other effort to journal my life has succeeded for 5 years before. I always gave up after at most one year.

Writing this post and digging up all the historical evidence was very in­ter­est­ing. Many things happened so quickly one after the other, especially at the beginning of the blog. Back then it seemed like such a long time had passed between me starting my own blog and starting the other one with Laserbeam. Looking back, it was only 3 months. I stayed on public Wordpress for only 8 months. It seemed so much longer back then. I notice this effect in other areas of life. At the beginning of college, one year was an eternity. Now? I've been working here for almost a year and it has passed so quickly.

I want to thank all the people who have read my posts. I hope your really did find them in­ter­est­ing. I want to thank my mom for all the proof­read­ing she has done, without which you would have to endure a lot of spelling and grammar mistakes. I hope that the posts I will write in the future will be in­ter­est­ing, useful and maybe even show you some new things.

I am glad that I kept this habit of writing on my blog more or less regularly and I look forward to looking back in another 5 years and seeing how my style, my topics and my purpose have changed. I hope the changes will be for the better, showing that my priorities have changed, that I will be more interested in the Eternal than in the worldly, ephemeral things. 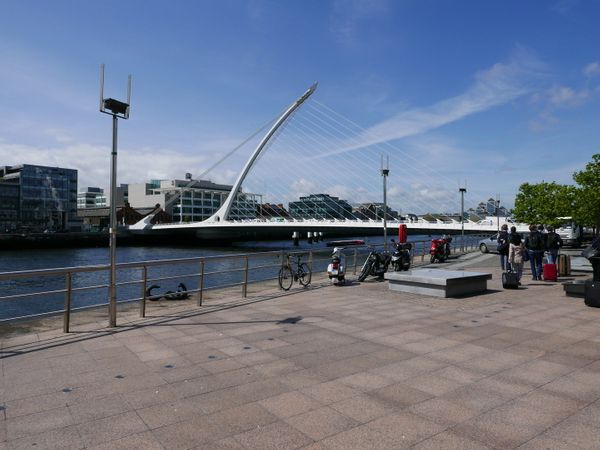 A month ago there was the first ever SRECon in Europe. It got together lots of SRE-like engineers (basically the people who are re­spon­si­ble for the software 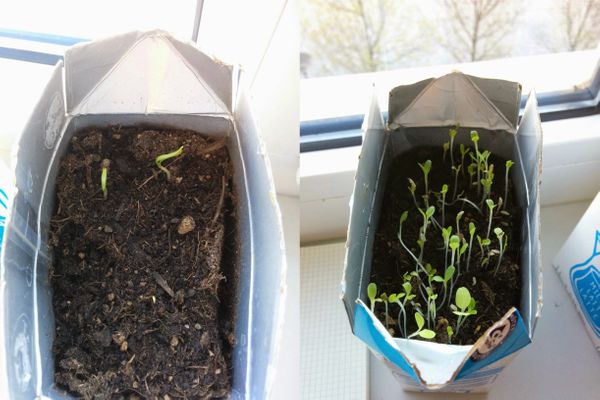 About two months ago, we had a TetraPak gardening class at work. During this class we learned how to seed and care for spinach (left in the above picture) and