I'm using diary and journal as synonyms. Some people say they are the same, others say there are differences between them.

I started keeping a journal when I was in elementary school. I don't remember what made me start keeping a journal. It was probably the fact that my dad had many notebooks. What I found funny was that he used notebooks with the year embossed onto them, but he never used one from the current year, always using an older one.

The initial entries in that diary were elementary. They had quite short notes about  my day and they had drawings. One that stands out is the drawing of the fireworks from New Years Eve. I often forgot to write, so there were long gaps between entries. The first entry is from the 21st of November, 2000, and the last one is from the 3rd of August, 2009, so a long time covered in that small 44 sheet notebook.

Moving to the digital world

I kept writing in a journal in other notebooks. Eventually, I moved to the digital world, continuing to write in text files on the computer. There I tried different methods of writing. Sometimes I would write only when something out of the ordinary happened. Sometimes I wrote every day, but only bullet points of everything that I did.

One method that I stuck to for 5 years was using a command line tool called jrnl and using Beeminder to remind me to write twice a week. But that method had some drawbacks: where to keep the journal file. Initially, I had it on my desktop. While I was at Google, that was fine, because I had only my desktop as a personal computer. But after I came to Romania, I had both a personal laptop and a work laptop and I would have to meet with the rest of my team about twice a month. So the journal file living on my desktop was not accessible anymore. I don't like the idea of putting my private journal file on some random server, even if I encrypted it. I could have placed it on my NAS, where it's still under my physical control, but then I slowly got bored of writing it from the command line, so I kinda stopped writing in my journal for a while.

Then this year in January I decided I'll go back to analog. I bought a nice dotted Moleskine notebook. I bought a fancy Faber Castell pen. And I decided to start bullet journaling.

There are a million variations on how to write a bullet journal out there, including things like the picture from the top of my post. I am definitely not doing that. What I want from a bullet journal is the following:

This is a way to help me find things if I have to look them up.

I have two pages at the beginning of each month. One is a list of all the dates, where I can write if I have todos that I should do on a certain date. Here I also have some columns where I can tick if I have done a certain habit in that day. In the picture above, I have two habits listed: doing some physical exercise and calling people to keep in touch with them during the lockdown.

On the next page is a list of notes about the month or any kinds of larger tasks that I want to accomplish during that month. For example, I would write that in a certain month I want to finish the electrical system for my house. This will then get broken down into smaller parts, such as finding a contractor, deciding where all the outlets are and so on. But having that task there helps me know what to focus on during this month: I have to figure out the electrical system.

I don't actually do bullet points, because I like how words flow on paper, so I tend to write full sentences. The length of daily entries varies, from 1-2 paragraphs to 1-2 pages. For some entries, I draw little symbols at the beginning of the paragraphs as a sort of topic. For example, when I write down what passages I read from the Bible, I put a little menorah before them 🕎. Or at least I try to. On some days it looks like anything but a menorah.

The encryption I use is my ugly handwriting. Sometimes even I have problems decrypting it.

Whenever I have some new information that I want to jot down, I put a heading on the next page and then write it down. For example, I talk to a contractor about some work on the house. I write down the details, costs, materials and so on. Then I add the page title and number to the index page at the beginning of the notebook, so that I can find it again easily, without having to look through the whole notebook.

Other people have even other kinds of entries, such as future logs or weekly planners. I haven't felt the need for that yet.

Advantages of writing in a notebook

For the diary part, I believe the most benefit comes not from being able to search through it, looking for something in particular, but from randomly browsing through it. And this can be done just as well (or even better) in a notebook. By looking through it randomly, you can be reminded of things that have completely slipped your mind and now you can make new connections.

For example, at some point, I was unsatisfied with the project I was working on. I started reminiscing how much better it was when I was working at Google. But then one day I randomly looked through my journal and I noticed that I had had the exact same problem at Google too: I had written down how I had complained to my manager about my current tasks and how I got told to stop whining and get it done. Being reminded of how this had happened even with my best manager to date, Regina, helped put the current problems in a better perspective and helped me find a solution.

Todos are another thing that for me work better on paper. Previously I used Todoist on my computer to keep track of todos. But the list of tasks grew without bounds. I would add there random ideas that I had, and I would never get around to doing them. The oldest task I have there is about 2 years old. I was probably using the wrong process for my todo list, dumping things there that should be placed somewhere else. But I find that by writing things down on paper, on the page corresponding to the day when I should do things, I have to think better about my todos. If I keep postponing something, I have to copy it over and over to a new page. Eventually, this forces me to either do it or to realize it's not going to happen and then I can delete it or move it to a "Some day when I'll have even more time than during a pandemic lockdown" list.

The monthly planner is not necessarily an advantage of pen and paper writing, but of the bullet journaling method. Taking the time to think what you want to achieve in the next time period is extremely beneficial. If you take the time to also reflect back on the previous month, see what you managed to do and what went sideways, you can get insight into your life and notice if things are going according to plan or if things are getting sidetracked. This can show you that maybe you need to prioritize some things and allocate more time to them.

Another benefit is that pen and paper don't distract me. When I was writing on my computer, I would often start to do other things. I would start writing in my journal and then I would check social media, read some news, it would get late, so I would just jot down a few lines and go to bed. With the notebook, I can take it to bed and offload my thoughts there. There is no risk that it will keep me up late, unlike my phone.

The future of journaling

So far I have filled 144 pages of my 400 page Moleskine notebook. I will try to continue writing at least until I fill it up. Afterwards, I will have to see if I continue writing. If I do, I will look for another notebook, because I am not too impressed by Moleskine. I've heard good things about Leuchtturm notebooks, so I'll probably try them as well. But I recently stumbled unto some really neat note taking apps... so we'll see what happens in a couple of months. 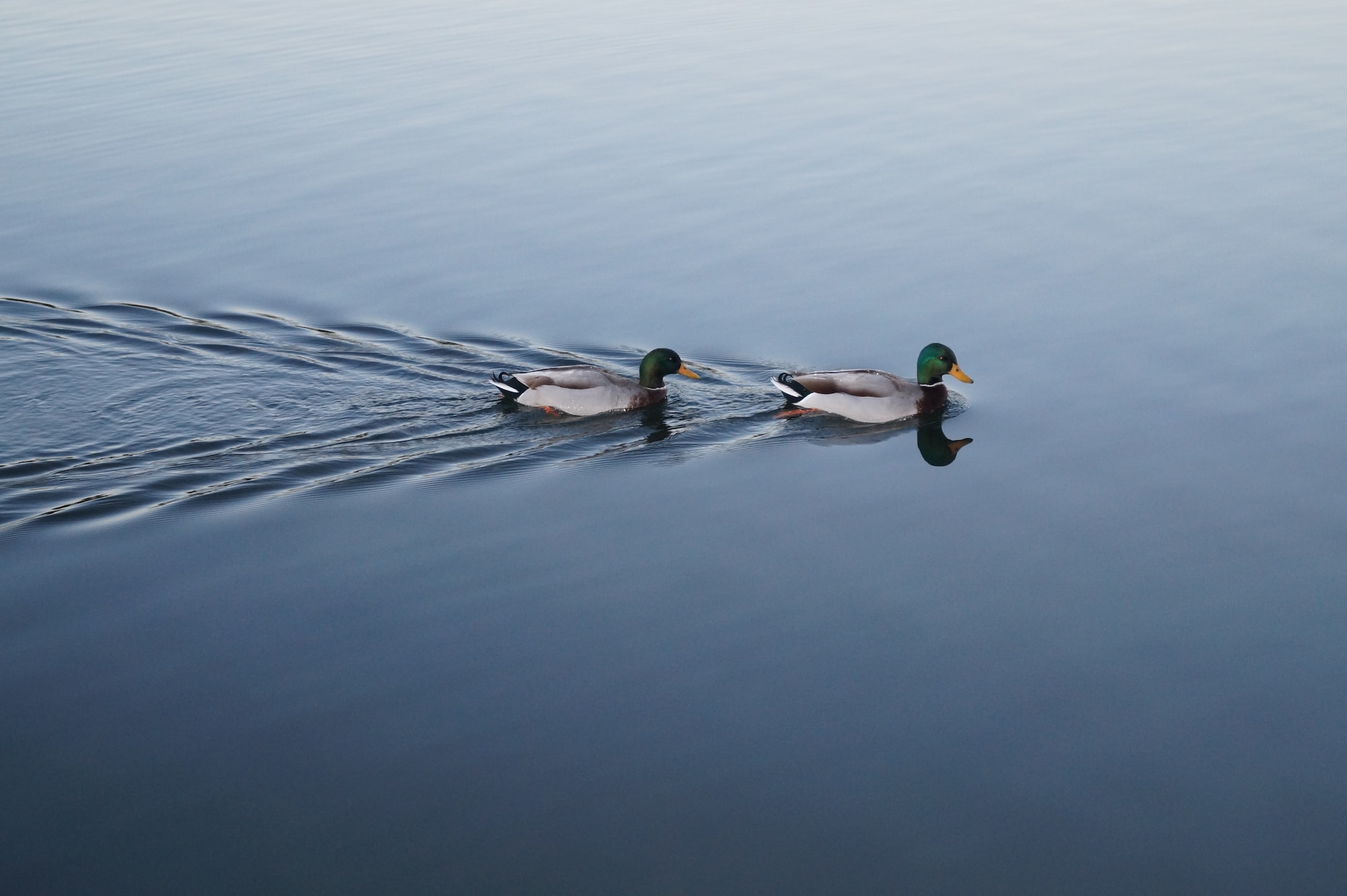 Some of my more astute readers might have noticed the "word" "DuckDuckGo" appearing several times on my blog this year, both as a noun and as a verb. Contrary to

Time, or at least our perception of it, is a very interesting thing. It's not only in Einstein's relativity theory that time is relative. I believe most humans feel that days go by slowly, while years fly by. As you toil away at work