The last couple of months have been quite busy for me. Consultant life is starting to pick up the pace (at least some aspects of it), especially the traveling part.

It started in March: Make IT in Oradea, a startup incubator where I'm involved as a mentor, had its first in person pitching event in Timisoara. I was invited to be a part of the jury evaluating the submissions. I had never been to Timisoara before so it was I managed to scratch that itch of traveling to a new city. Unfortunately, I was not very impressed by the city, but at least I met some interesting people.

In April, Today Software Magazine had its first in person event in two years and I presented briefly about modern NLP methods. The presentation was an exercise of my improvisation skills, because the platform used to show the slides had technical difficulties while I was speaking, so I had to wing it.

And then June was busy. I gave a talk at The Developers, the first in person technical conference in Cluj. I talked about Large Language Models. I listened to some great talks and I talked to some people who are also in the consulting business and got some great advice (and some not so encouraging things, such as the guy who signed a contract with a client 7 years after the client heard him speak at a conference).

And then the fun started: flying abroad again. It's been almost two years since I flew and even that was a short 50 minute flight. And it's been 3 years since I have been abroad (Debrecen doesn't really count).

Through Oradea Tech Hub I was invited to mentor at the CodeX hackathon in Riga. It was a really well organized hackathon. The venue was great and it was great to feel the energy from the students (mostly). I definitely wouldn't pull an all-nighter for a hackathon anymore :))

I have to admit I didn't know much about Riga before and I was very pleasantly surprised. It's not a very big city, but it has a cool vibe and it's very clean. 10/10 would recommend, I want to go there again with Roda and Gloria.

It has many buildings in the style of Art Nouveau, like Oradea (where I live), so I finally found out what Art Nouveau is! It also has a statue of St. Roland, so that might have contributed to me liking the city so much.

The last trip in June was to Berlin, where I attended the datalift summit and I was a session chair. That was a really good conference! I met so many great people, all doing machine learning. I hope I can even collaborate with some of them sometime soon.

Now it's time for a bit of relaxing, so now I'm in Sibiu (where I have grandparents). It's Gloria's first longer trip away from home, so we're curious how she'll handle it! So far so good, so we're hoping for at least two more trips in the next months! 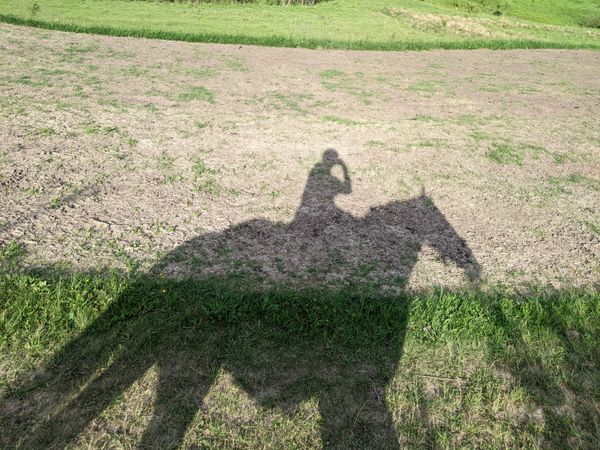